The news came out today that the U.S. Department of Justice has filed an antitrust lawsuit in the Federal court in Washington, D.C., to attempt to block the merger between AT&T and T-Mobile.

“Any way you look at this transaction, it is anticompetitive,” says Sharis Pozen, an acting assistant attorney general. “Our action today seeks to ensure that our nation enjoys the competitive wireless industry it deserves.”

This kind of stuff is always fun. The only problem I see with the Department of Justice trying to block the merger is that if AT&T doesn’t get T-Mobile, one of the other carriers will. As anyone that has been paying attention to this knows, Sprint wants it blocked so they can buy T-Mobile. If Sprint doesn’t get them, someone else will go after them. The argument can be good, but using the preservation of competition as the reason is rather flawed. If they deny AT&T the option to merge with T-Mobile, using their same argument, none of the other big wireless companies, Sprint or Verizon, should be able to merge with them. If they were to allow either of the other two, that, by the DoJ’s own definition, would be anticompetitive.

I doubt that Sprint would be praising the DoJ if they said, “Yeah, AT&T merging with T-Mobile is anticompetitive. Oh, and if Sprint or Verizon try to do it, that would be anticompetitive too.” Sprint thinks that if they block AT&T, that they will have smooth sailing to picking up some of that T-Mobile pink. I just don’t see that happening.

The thing that makes this worse is that T-Mobile can’t compete if they keep going it alone. They need to be bought by someone, but it just ends up being potentially bad for the world if they do. It’s a sad thing to admit, but the only logical company to buy them is AT&T. Any of the other major players would have to spend a ton of time and funds to integrate GSM into their current technology.

I was with Nextel when Sprint bought them back in 2005. I stayed away from Sprint after my initial flirtation with them because all I ever had was bad billing situations. Great phone service, but horrible billing problems. As a customer, the Sprint-Nextel merger killed Nextel and the functionality that it had with its Push-To-Talk option. Then, forcing the Nextel customers off the iDEN network to Sprint’s CDMA network just created a mess. At least AT&T is on the same network and there would be less pain involved with a merging of technology.

Ultimately, I don’t think that anything here is going to stop the merger between AT&T and T-Mobile. Even if the DoJ is successful in stopping it now, there’s nothing to say that the merger won’t be tweaked until it does go through. Really, all this does is spend more money on something that will end up being a money pit for the taxpayers and won’t create any real action beyond slowing things down.

Is it bad that the best and worst company to buy T-Mobile is AT&T? It’s hard to tell. Is Sprint a better option? Not likely, cause with past experience, we’ve all seen where that will go. All we can do now is see where this all leads. In the end though, I think we’ll be seeing the pink, blue and orange come together. Whether it’s good for us all or not. 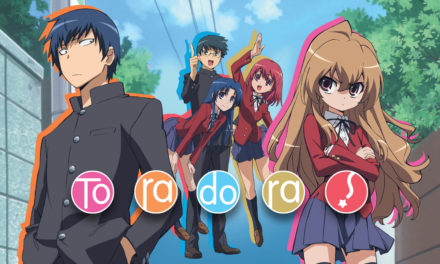