It’s amazing how stupidly naive some people in the world can be.

Today’s topic of Darwinism comes from the following:

First off, I’m not going to get into the right or wrong battle of pirating software. That’s a rant in and of itself. This topic isn’t about the piracy. It’s not even about the legal ramifications of inaction… It’s more about why the use of the English language is flawed. Still curious about what this is all about? Read on.

Now, for those that don’t know how all this works, in the software development community, when you’re given access to a chunk of stuff from something that’s a pre-release, 99% of the time, you’re required to sign a Non-Disclosure Agreement or NDA. Companies in the Tech sector are very touchy when you’re dealing with something as high profile as Apple’s upcoming OS release. So when Apple sees something like that out, available and “free”, they had to do something.

Ok. So after reading the info on that link above and the accompanying interview with the “defendant”, it’s kinda sad when you look at it. Let’s look at the situation:

Ok. The beginnings of something potentially bad is set up. Sonny, going onto the site after NOT READING the NDA, but agreeing to it, proceeds to used the seed-key to download a developer’s release of Tiger.

Alright. Nothing wrong so far. This is where things go bad though.

Sonny, thinking that it won’t be a big deal to share the files with some other people on public access Mac-related message boards, gets instructions from some of the users of those message boards on how to create a Torrent of the files and then how to access a “controlled” BitTorrent site so they can download it.

Alrighty. Let’s pause here to examine the situation. We look at Sonny. Pre-med student with a scholarship to a university in the Southeastern U.S. Assumption that I’d make there is that Sonny would have to be a fairly bright boy. My big thing here is that Sonny, having more than half a brain, should have known what he was doing here.

This isn’t a case of a company trying to “punish” someone. This is the required action that is needed to maintain precedent for keeping their legal workings intact. If Apple let this go, the enforceability of their NDA would go down the tubes. It’s just like in the case of a copyright or trademark holder. If someone infringes their work, if they don’t attempt to defend their rights, they can lose them.

Is Apple being “evil” because they’re doing what they need to in order to keep their legal stuff working? Absolutely not. In the world of “intellectual property”, you ether defend it or lose it. There is no middle ground there. Apple fights for their rights because their business demands it. When you’re out front, you have to keep ahead or you lose your edge.

What of Sonny? Well, stupidity isn’t a license to break the law. If that were the case, the need for the legal system would cease to exist. Trying to play the Pity Card is nice and all, but will prolly have little effect in the end. Yeah, you’re a college student. You have no money. You’re life is going to be ruined. How truly sad. That’s something that needs to be thought of before you do something that you know is wrong. It’s the age old adage, “Don’t do the crime if you can’t do the time.”

But all this goes beyond the story there.

The fun comes in from that article link at the top there. There’s a set of 25 “quotes,” purportedly from several Mac developers and one of the Mac legends, Steve Wozniak, arguing against Apple’s reasoning, yet not… Confused? Yeah, as well you should be. The court case itself is a slam dunk. Apple is clearly within its rights to take this guy down, and rightly so. My fun starts with all these quotes.

There is a LONG string of “Yeah, the kid did something stupid. I don’t agree with his actions. He shouldn’t have done it and should be punished. However…”

It’s the “however” that intrigues me. The English language is a funny thing sometimes. This is one of those times. You examine how this little verbal construct of the “however” comes into play and it’s amazing. What’s sad is that we all do it. (Yes, I do it too, it’s just the way we are.) Someone can write the most excellent piece of logic or someone can make the most eloquent verbal argument. Then something strange happens. There’s a pause. “However…” It’s one little word that can destroy a 95% of coherent thought. But why is that, do you ask?

I’m going to pull one of the quotes from the link and illustrate my point. John Gruber, the author of DaringFireball.net said:

“What these guys did was both foolish and wrong, and stupidity is not an excuse for wrongdoing. Apple has every right to pursue and punish individuals who are bootlegging their software.

However, I believe that everyone involved, including Apple, sees that no good would come of pursuing their legal remedies to the maximum possible extent. While these misdeeds warrant punishment, a protracted legal case could well cause the personal and financial ruin of these individuals. I think that would be incommensurate with the nature of the infraction, and I would hope that Apple realizes that, too.”

If you examine what just happened there, it was actually something significant. The concept of the term “however” creates what I like to call “The Art of Negation”. The individual who is quoted here made a fairly bold statement in the first paragraph. The moment that second paragraph starts (and I’m going to do it myself right here) however, everything that was said in the first paragraph means absolutely nothing. Someone can make the best setup for an argument and a little word like “but” or “however” can destroy the entire setup. It’s like saying, “Yeah, I think this, but I’m going to contradict myself and then explain why my thinking is wrong.” We take the time to set things up when we’re getting ready to make an argument, and then with one little word, we throw everything we just spent perfectly good brain cells on out the window.

I think it’s more a situation of people needing to be “politically correct” most times. We are expected to say one thing, and we say it up front so people can see that we’re thinking what the masses are thinking, then turn around and go, “but that’s not really what I think and here’s why.”

Of course, I’ve found in some cases, it’s just because people aren’t thinking before they say something.

Oh, and Apple’s still in the right, BTW.

That one’s for free. 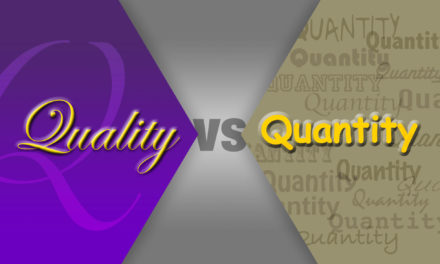